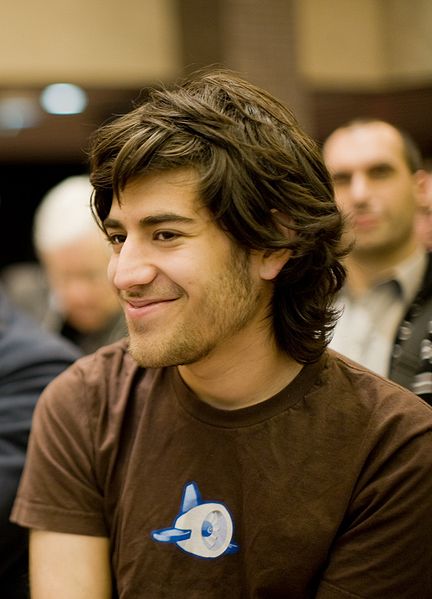 This book started as a Kickstarter project. The idea of writing a book and making it freely available, under a Creative Commons license, was largely inspired by the writings of Cory Doctorow and Lawrence Lessig. Their message of sharing resonated very strongly with me. I’m not interested in capitalizing on my knowledge of Modelica, I want to share it with others so they can experience the same joy I do in exploring this subject. Happily, this Kickstarter project was successfully funded on December 4th, 2012 and my odyssey to create an entire Creative Commons licensed book began. If circumstances had been different, this book would probably be dedicated to Cory Doctorow and Lawrence Lessig for inspiring me to take on this project.

But this book isn’t dedicated to them. Instead, it is dedicated to Aaron Swartz. Aaron was without a doubt a wunderkind. At the age of 14, Aaron participated in the development of the RSS standard. He went on to start his own company, Infogami, that was eventually acquired by Reddit. Along the way, he worked on the Creative Commons License and fought against Internet censorship. He was both brilliant and successful yet he was also altruistic and cared deeply about technology and the future of mankind. He had countless qualities that I admire and aspire to. But on January 11th, 2013, Aaron Swartz took his own life.

Barely a month after the successful funding of my Kickstarter project, Aaron Swartz was dead at the age of 26. It is astounding what Aaron managed to accomplish in his young life and it makes his death all the more tragic to think of all the good he could have done with the rest of his life. Aaron, despite being almost 20 years younger than me, had helped blaze the trail for me, this book project and, ultimately, those reading this book through his work with RSS, Creative Commons, the Internet, and so on. It was heartbreaking that just as this project started, his life ended. I resolved then to dedicate this book to him.

Because his life has been chronicled by better writers who actually knew him, I won’t go into detail about Aaron’s life except to say that as a business owner, a researcher and a U. S. citizen, I truly admire his work and I am thoroughly outraged by the way he was bullied by federal prosecutors (and Carmen Ortiz in particular) who were determined to make an example of him.

This book is dedicated to Aaron Swartz in an attempt to keep his memory and, more importantly, the things he stood for alive. Over a year has past since he died but I haven’t forgotten Aaron Swartz and I hope this dedication reminds people what he stood for. We need to learn from this tragedy and make sure our governments understand that people like Aaron Swartz, while perhaps passionate and overzealous, don’t deserve to be prosecuted and treated like criminals. They deserve guidance and coaching on ways to channel their abundant energies and talents to help society.